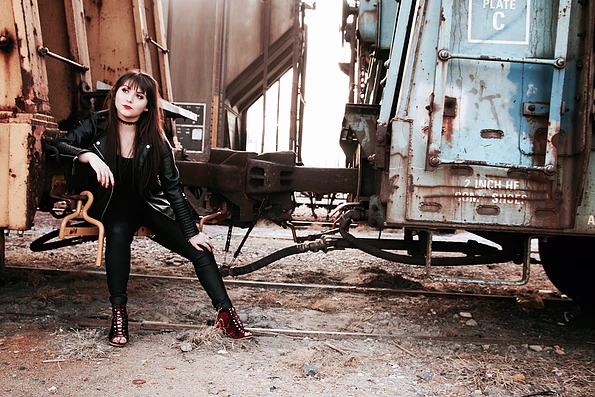 AUGUSTA RAY
Her name is Augusta, but you can call her “Gus." Growing up in Toronto, Ontario, Canada on a solid diet of eclectic music acts such as Led Zeppelin, Jimi Hendrix and Shania Twain, shaped her unique country-rock sound. This sound, accompanying her incredible vocal talent, honest/soulful/hand-crafted songs mixed with an energetic, engaging stage presence, has made her the darling of the stage everywhere she goes.

Augusta’s recent highlights include joining Brett Kissel’s “We Were That Song Tour,” as the opening act, in Thunder Bay, ON, as well as being invited to join Tim Hicks on stage in Thunder Bay, ON, to perform a duet of his latest smash “The Worst Kind." In May of 2018, Augusta was also awarded the 'NEXT COUNTRY MUSIC STAR,' landing her an opening slot for Toby Keith at Canada's Largest Country Music Festival, 'THE HAVELOCK COUNTRY JAMBOREE.'

Augusta's latest release (January, 2019) entitled 'VAGABOND,' is a true testament to who she is as an artist, and person:
“I don’t write enough songs about myself” says Augusta. “Sometimes, I can be so focused on what everyone around me is doing, that I focus on being inspired by their lives, and forget that my life too can be inspiring/interesting enough to write a song about. “Vagabond” was that song for me- the song that broke the curse of writing about other people’s lives. For anyone that doesn’t know me and my music, this is the perfect song to give you an introduction into who the heck I am. To the travelers, and rolling stones that’ve been known to gather no moss, this song is for you! And to those that have been too afraid to find love in a world that seems like it moves too fast sometimes … I wrote this for you! Here’s to all the “Stevie Nicks Enthusiasts’ that aren’t afraid to put a little rock 'n roll in their country. Here’s to the Vagabonds just like me."